Disclaimer: I received this book for free from the publisher via netgalley.com. This does not affect my opinion of the book or the content of my review.

Tony Parson’s “The Hanging Club” is #3 in the Max Wolfe series. Officially a thriller, it is, at its heart, a novel driven by its characters rather than plot. And it shows.

The murder story isn’t a particularly spectacular one. People get hanged, at famous historic London execution sites nonetheless. Through classic detective work, some (bad) luck and coincidence, Detective Max Wolfe finds out that it’s all about revenge – with a twist that, for any reasonably experienced thriller reader,  doesn’t come as much of a surprise.

What makes this book (and probably the whole series) attractive, is the human factor. Told from the 1st person point of view of Max Wolfe, we see the world through his eyes. Meaning we see it with all the pent-up rage of someone who has seen enough criminals walk free, but also with all the love, worry and feelings of guilt of a single father. His feelings for his daughter are strong and touching, even if verging on the melodramatic sometimes while his daughter appears a tad too perfect. Equally sweet and heartwarming – Stan, the family dog, and his issues with the ladies.

Max isn’t the only character who goes through a lot of emotions and development. Tony Parsons has a knack for character insight, and it’s visible everywhere. Let’s take, for example, DCI Whitestone and her harrowing journey with her son.  Heartbreaking.

Over all his character work, sometimes, one has the feeling that Tony Parsons forgets he was writing a crime story. He gets back to it every time, yes, but it feels a bit forced sometimes, a bit as if he is challenging himself to leave his comfort zone to go and write a thriller instead of a novel.

Thus, even the climax of the case feels a little out of place. It is intense, though. And requires some suspension of disbelief, in my opinion. (SPOILER: has anyone ever even tried shooting himself off a noose??) But it is over in a matter of pages, and the book falls back into its rather ambling pace of slow denouement.

In the end, Tony Parsons has written a decent crime story with a lot of character focus. Fans of the series almost certainly aren’t staying because of the underdeveloped thrill, the here-and-there action or the basic amount of suspense, but because they want to know how Max, his family and colleagues are doing and how their story continues.  Good enough for some. Not good enough for hard-boiled thriller fans.

This site uses Akismet to reduce spam. Learn how your comment data is processed. 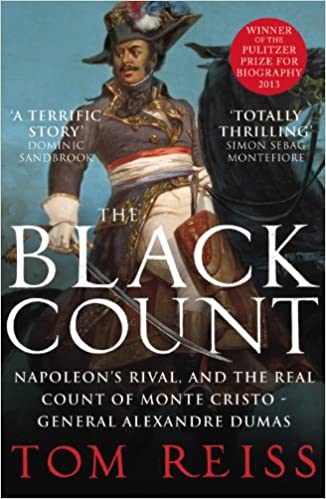